Human beings have had a fascination with dancing since ancient times. People told stories through the medium of dance and many cultures believed that dancing was a way of communicating with the gods. But dancing goes beyond aesthetics and religious symbolism, especially nowadays. We live in an interdependent, interconnected, and yet disjointed world. It feels good to have something that brings us together and makes us feel closer to each other. This is why for Irish people, for example, traditional dancing is an essential feature of Irish themed social celebrations. It is about that strong sense of a shared cultural identity.

The Irish dance has tremendous cultural significance. But it’s not only the Irish who are deeply fascinated by this type of dance. Over the years, it has become a worldwide competitive phenomenon and a marvel for tourists attending Irish festivals.  If you enjoy the traditional Irish dance, whether you’re Irish or just interested in this form of artistic expression, there are some really good movies that you can watch.

The world-famous theatrical show Riverdance popularized performance Irish dancing. This movie explores the cultural impact of the Riverdance phenomenon and features the breathtaking performance of Michael Flatley, one of the best Irish dancers of all time. Thanks to the insightful commentary from Jean Butler, this movie is both informative and entertaining.

Michael Flatley left Riverdance in 1995 to create the enormously successful show Lord of the Dance. The Irish folklore-inspired theme, the spectacular costumes, set designs, special effects, and the stellar performance of Michael Flatley are absolutely fascinating. While not everyone finds Flatley’s self-aggrandizing style appealing, no one can deny the brilliance of his performance. The 2011 3D version gives an unprecedented view of the show that leaves audiences with their eyes fixed on the screen. 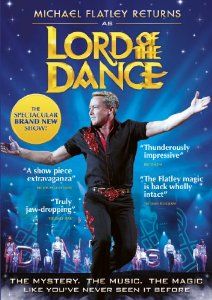 This movie features another leading figure in the world of traditional Irish dance. Colin Dunne became internationally renowned thanks to his performance on Riverdance. This movie lets his unique skill shine through with his breakdown of Irish folk dance in easy to follow steps. It’s so engaging and entertaining that it makes you want to find a pair of Irish dance shoes and just start dancing. However, the movie makes it clear that this dance is nowhere near as easy as it is sometimes portrayed to be in other shows. It offers an eye-opening insight into the world of Irish dance as a performative art.

Dancing on Dangerous Ground is another crowd favorite featuring Colin Dunne. The creative performances of Jean Butler and Colin Dunne were applauded as an instance of genuine artistic expression. As one critic from The New York Times put it: “You don’t have to be Irish to understand the narrative thread that weaves so convincingly through the evening.” 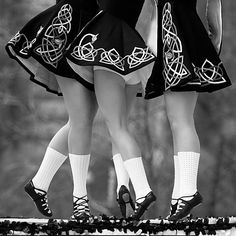 Jig is the most famous and critically acclaimed movie about Irish dancing. It is about the 40th Irish Dancing World Championships, held in March 2010 in Glasgow and the experiences of the people involved. It shows the viewer the tense atmosphere behind the scenes of the competition, but also invites viewer sympathy for the drama that the participants and their families go through.

Since the quarantine has confined us all to our homes, we might as well spend our time enjoyably. It’s always a good time to enrich our knowledge about things that we’re passionate about or things that we are simply interested in.